The EUR/USD keeps consolidating after a slight rollback from the highest levels its seen in 2017. The main factors that support demand for the common currency are fears of a political crisis in the US due to the investigation of President Trump’s links with Russia and the inability of his administration to conduct reforms. On the other side, the IMF published a report according to which Europe will be the growth driver in the world economy and the pace of expansion in the US was revised down to 2.1% for 2017 against the previous prediction of 2.3%. Some pressure on the single currency came from preliminary reports on the manufacturing and services PMIs in the Eurozone that in June came in at 56.8 and 55.4 respectively, compared to the expected 57.3 and 55.5.

The report on services PMI in the US fared better and showed growth at 54.2, a fraction higher than expectations. Lower chances for another rate hike in the US during this year supports the EUR/USD bulls, but investors are likely to fix some positions ahead of the FOMC statement on monetary policy that will be released on Wednesday.

The Japanese yen is still strengthening despite some weaker data on Flash manufacturing PMI that in Japan declined by 0.2 to 52.2 in June. Interest in the yen continues due to increased interest in defensive assets.

Oil prices are getting some support on news from Russia where OPEC  and no-OPEC oil producers discussed extending oil production cuts over the next year according to some officials.

The euro price is consolidating above the important level of 1.1620 and breaking through it may become a strong signal to sell with the nearest targets near the lower limit of the rising channel and 1.1500. For growth to continue with the potential target at 1.1800, the quotes need to overcome local highs near 1.1680. 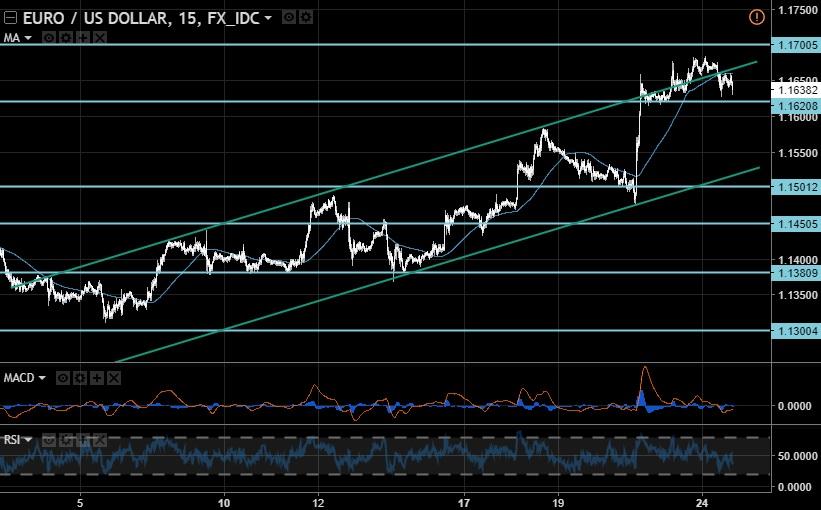 The pound got some support from the US dollar weakening but Brexit talks may weaken the Sterling due to reduced chances of a consensus between the UK and EU happening any time soon. Recently the quotes tested important resistance at 1.3050 and gaining a foothold above it may become the basis for a further increase to 1.3120. In case of a fall resuming, the first goal will be located at 1.2950. 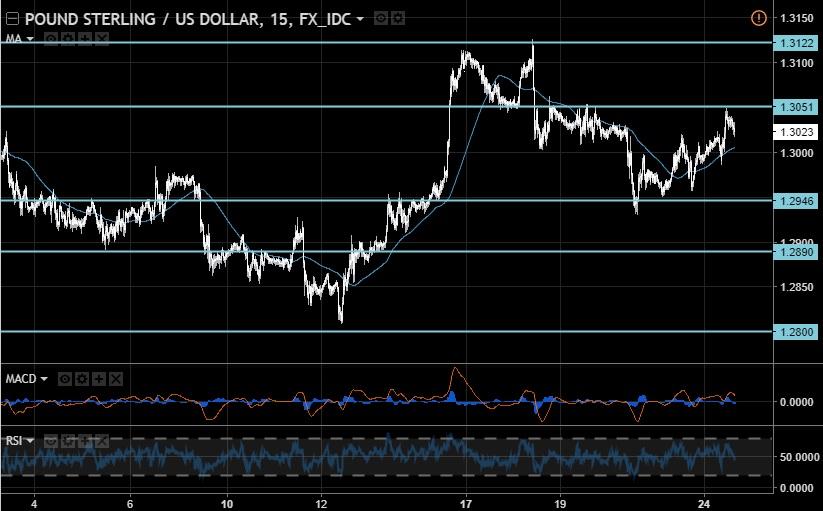 The USD/JPY price was able to overcome the support line at 110.90 and this may become the basis for a continued decline to 110.30 and 110.00. The rising correction within the channel is possible up to its upper limit and the resistance at 111.70, overcoming of which will be the signal the trend may change to positive. 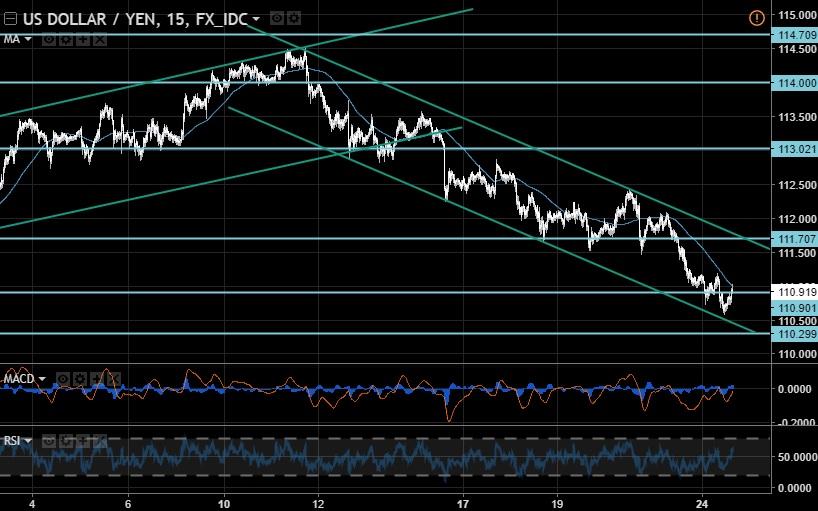 The American crude oil benchmark restored some of the ground it lost following positive news from Russia on the intention of a number of oil producing countries to keep the output reduction agreement. Now the quotes are close to the angled resistance and its breaking is likely to lead to continued upward dynamics to 46.75 and 47.75. We do not exclude a fall resuming as the RSI on the 15-minute chart approached the overbought zone. In this case, the first targets will be at 45.40 and 44.70. 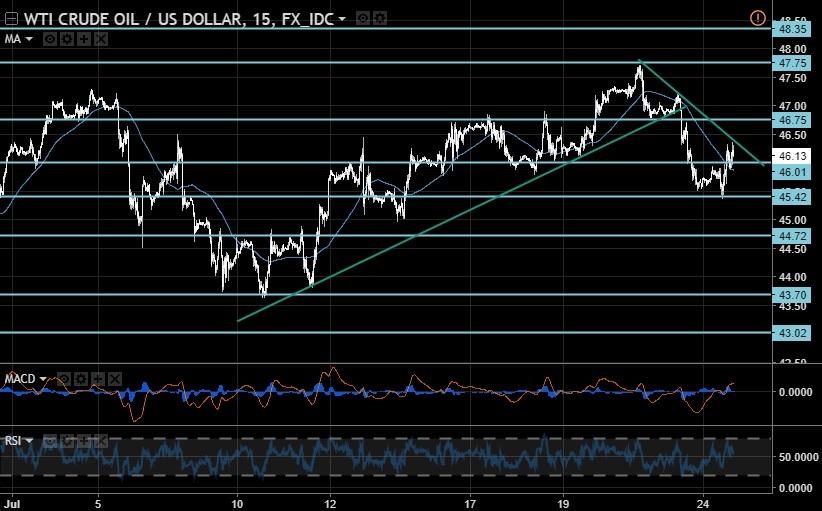 Gold is getting support from political tensions in the US, lower chances for more monetary policy tightening by the Fed for the year and the depreciation of the greenback. Overcoming the important 1251-1252 area is likely to support the bullish sentiment among traders and in this case the next targets may be at 1270-1275. The downward correction is possible to 1240-1244 range. 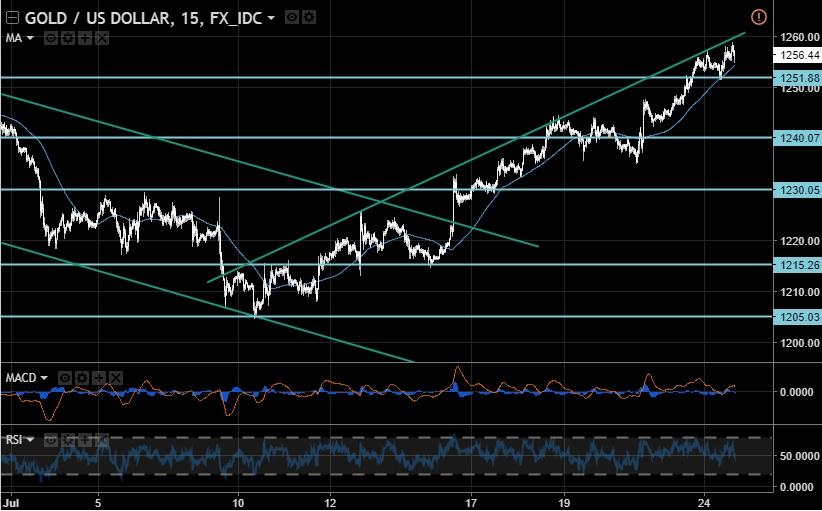